Elke Schnee receives Badge of Honour of the Land Schleswig-Holstein Elke Schnee is the head of the bookbinding department at the German National Library of Economics and champions deaf and hearing-impaired people far beyond the requirements of her job. She provides coaching for affected apprentices in her own time. She engages in nationwide networking of libraries and bookbinderies that employ handicapped people. She collaborates with the official agency for the integration of handicapped people to enable their participation in the labour market.

Elke Schnee, head of the bookbindery department of the ZBW
Photo credit: ZBW 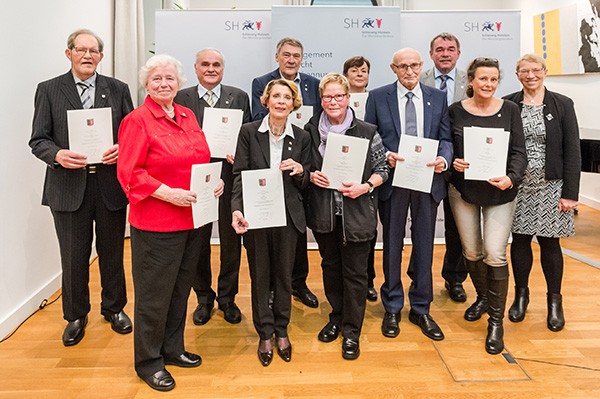