Kiel/Hamburg, 25 July 2016: The ZBW – Leibniz Information Centre for Economics has been awarded funding for three research projects addressing the digitisation of the science system from different perspectives. The projects will investigate (1) a linked infrastructure for research data management, (2) alternative indicators for measuring scientific performance and (3) the usage of semantic technologies for indexing citations. The German Research Foundation (DFG) contributes 1.3 million Euros to these projects.

The ZBW – Leibniz Information Centre for Economics has been actively researching the digitisation of the science system for several years. Three professors and their teams address questions such as: What are the changes in the daily work routines of scientists? By which new means do researchers publish their findings? Are there new forms of presenting scholarly findings and how can they be published?

The research group of ZBW with it’s the professors Klaus Tochtermann, Isabella Peters and Ansgar Scherp, has now acquired third-party funding of a total of 1.3 million Euros from the German Research Foundation (DFG) to further extend their research activities on the digitisation of the science system. With these funds their research groups will grow by six additional PhD students.

One of these projects is “GeRDI – Generic Research Data Infrastructure” coordinated by Klaus Tochtermann. GeRDI aims to develop a distributed and linked infrastructure system for research data that allows scientists all over Germany to search for research data without barriers and across disciplines. The partners of the ZBW in GeRDI are the University of Kiel and renowned institutions in computer science such as the German National Research and Education Network (DFN), the Leibniz Supercomputing Centre of the Bavarian Academy of Sciences and Humanities and the Center for Information Services and High Performance Computing at the Technical University of Dresden.

Isabella Peters acquired the second project for ZBW, “*metrics”. The main focus of “*metrics” is on gaining a deeper understanding of alternative indicators for measuring scientific performance. Here the questions are: What is the quality of the data on which these alternative indicators are based? How do researchers and research funders perceive and assess which indicators? How far are these indicators able to map discipline-specific differences from astronomy to zoology? The project partners are the Head Office of the GBV Common Library Network, the Goettingen State and University Library and the GESIS – Leibniz Institute for the Social Sciences.

The third project, headed by Ansgar Scherp, is named “LOC-DB” and will develop tools and processes based on linked data technologies that will enable individual libraries to participate in an open, distributed infrastructure for the indexation of citations. The partners of the ZBW are the Technical University of Kaiserslautern, the Stuttgart Media University and the University Library in Mannheim.

Klaus Tochtermann, director of the ZBW – Leibniz Information Centre for Economics said: “The ZBW has one of the largest research groups in Germany addressing the digitisation of the science system in a coordinated and transdisciplinary approach. The fact that we could raise these third-party funds in such a short time confirms our strategy and acknowledges the scientific quality of our achievements.” 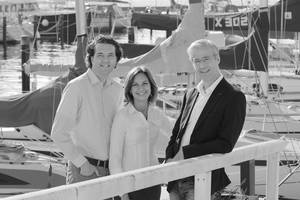